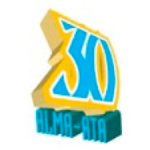 In September 1978, the International Conference on Primary Health Care was held in Alma-Ata, Kazakhstan, then part of the Union of Socialist Soviet Republics (USSR). Led by the World Health Organization (WHO), the conference produced the Alma-Ata Declaration, which underlined the need for governments to protect the health of all citizens and emphasized that health for all is both a socioeconomic (or development issue), and also a human right. The conference also highlighted the inequalities between developed and developing countries, and between the elite and ordinary people within countries. END_OF_DOCUMENT_TOKEN_TO_BE_REPLACED