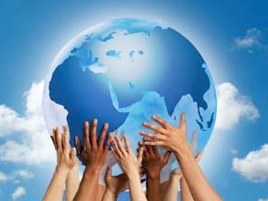 New studies show solid progress on child survival, including a decline in the annual number of under-five deaths, according to UNICEF. Global child deaths have reached a record low, falling below 10 million per year to 9.7 million, down from almost 13 million in 1990.

“This is an historic moment,” said UNICEF Executive Director Ann M. Veneman. “More children are surviving today than ever before.

Now we must build on this public health success to push for the achievement of the Millennium Development Goals.”

Among these goals is a commitment to a two-thirds reduction in child mortality between 1990 and 2015, a result which would save an additional 5.4 million children by 2015.

However, Veneman pointed out that there is no room for complacency. “The loss of 9.7 million young lives each year is unacceptable. Most of these deaths are preventable and, as recent progress shows, the solutions are tried and tested. We know that lives can be saved when children have access to integrated, community-based health services, backed by a strong referral system.”

The new figures are drawn from a range of national data sources, including two sets of householdsurveys, the Multiple Indicator Cluster Surveys (MICS) and the Demographic Household Surveys (DHS). The current round of MICS surveys was conducted in over 50 countries in 2005-06 and, together with the USAID-supported Demographic and Health Surveys (DHS), are the largest single source of information of the Millennium Development Goals and form the basis of the assessment of progress in child survival.

Their findings reinforce reports of progress released earlier this year on measles mortality, with a 60 per cent fall in measles deaths since 1999, and a 75 per cent reduction in sub-Saharan Africa.

Rapid declines in under-five mortality have been seen in Latin America and the Caribbean, Central and Eastern Europe and the Commonwealth of Independent States (CEE/CIS) and East Asia and the Pacific.

A number of countrieshave made particularly dramatic progress since the previous surveys of 1999-2000, with Morocco, Vietnam and the Dominican Republic reducing their under-five mortality rates by more than one-third. Madagascar has cut its rate by 41 per cent, while Sao Tome and Principe has seen its rate fall by 48 per cent.

Of the 9.7 million children who perish each year, 3.1 million are from South Asia, and 4.8 million are from Sub-Saharan Africa. In the developing world, child mortality is considerably higher among children living in rural areas and in the poorest households.

In developed countries there are just six deaths for every 1,000 live births.

The Latin American and Caribbean region is on track to achieve the child mortality Millennium Development Goal, with 27 deaths on average for every 1,000 live births, compared to 55 per thousand in 1990.

There has been significant progress in parts of Sub-Saharan Africa. Under-five mortality has declined 29 per cent between 2000 and 2004 in Malawi. In Ethiopia, Mozambique, Namibia, Niger, Rwanda and Tanzania child mortality rates have declined by more than 20 per cent.

The highest rates of child mortality are still found in West and Central African countries. In southern Africa hard-won gains in child survival have been undermined by the spread of HIV and AIDS.

Much of the progress is the result of the widespread adoption of basic health interventions, such as early and exclusive breast feeding, measles immunization, Vitamin A supplementation and the use of insecticide-treated bed nets to prevent malaria.

“The new figures show that progress is possible if we act with renewed urgency to scale-up interventions that have proven successful,” said Veneman. “There is a clear need for action on child survival in Africa and beyond.”

In addition, there is unprecedented support for global health, with increased funding and expanding partnerships, including with Governments, the private sector, international foundations and civil society.

Allan Robbins, the UofN Int’l. Associate Dean for Health Training moderates this forum as a resource for leaders working in health development.